Goodbye, Rob Sherman - My Friendship with a Departed Atheist

I considered the well-known atheist Rob Sherman a friend. We had lunch together several times, and I invited him to a debate here at The Moody Church in April of 2011, which can be viewed here and here. Regardless of who “won” the debate, I am more concerned about the eternal destiny of my friend.

On Saturday December 10, I was saddened to learn that Rob had been killed in a single-engine plane accident in Marengo, a distant Chicago suburb. Rob, a passionate pilot, was flying the plane when it crashed.

I enjoyed my friendship with Rob. He was …

Is the Reformation Over?

Someone has said that for many Christians, church history began with the first Billy Graham crusade. They think that as long as we derive our beliefs from the Bible, we can ignore the two-thousand year history of God’s people. Church history, they reason, really only benefits scholars and historians. What possible relevance could the past have for the present?

How easy it is to forget that we are heirs of a rich history that began in the New Testament and continues on to this present day. To study church history is to study the ways of God; it is to …

Moody Church Media is pleased to announce that we will be partnering with TWR to produce Running to Win in Spanish. Please see the full press release from TWR below.

Dr. Erwin Lutzer’s popular radio ministry Running to Win is expanding internationally as it deepens its longtime collaboration with TWR.

In a move that is groundbreaking for Lutzer and the Moody Church Media ministry he leads, TWR (Trans World Radio) will translate and culturally contextualize Running to Win into Spanish and then rerecord the program using a native speaker. The 15-minute program, which runs five days a week, will be …

In Defense of Wheaton College

Wheaton College has come under fire for suspending professor Larycia Hawkins for what she wrote on her Facebook page when she explained her decision to wear a hijab to identify with her Muslim neighbors. In her words, “I stand in religious solidarity with Muslims because they, like me, are people of the book…And as Pope Francis stated, we worship the same God.” The College has placed her on administrative leave because her comments “raise significant questions regarding the theological implications of statements made about the relationship of Christianity to Islam.”

As might be expected, critics have shifted into overdrive in …

A Commentary on the Paris Attacks

ISIS has won another victory in terrorizing the Western world with its particular brand of Islamic extremism. They have claimed responsibility for Friday night’s series of coordinated attacks in Paris which killed 129 people and injured more than 350, over 100 of them critically. As we think of those killed, including nearly 90 people systematically slaughtered while at a concert, we mourn with the rest of the world and join them in condemning this evil act. Our hearts go out to the victims and their families, and to all the people in Paris who are undoubtedly struggling with fear and …

The decision of the Supreme Court to legalize same-sex marriage in all fifty states is not only a direct violation of Scripture, but is contrary to natural law. This decision will accelerate the disintegration of the family, the sexual confusion of our children, and our continuing descent into moral bankruptcy. 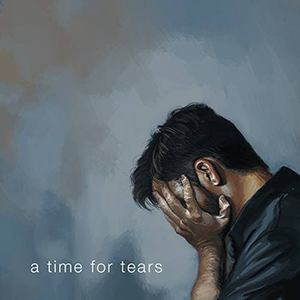 Make no mistake: the battle for freedom of religion will now shift into high gear. Churches that staunchly refuse to marry gay couples will be targeted. Our right for tax exemption will be challenged; the use of our facilities for same-sex weddings will eventually become mandatory.

God was grieved with …

With stunning rapidity, the United States as we once knew it is gone; every day another domino falls to the liberal agenda. The LGBT community has proven that their convictions trump religious freedom and clearly they have veto power over laws they do not favor. They can also block the appointment of any CEO that gives the slightest hint that they believe in traditional marriage (you do remember how CEO Brendan Eich resigned under pressure because eight years earlier he had given $1,000 to proposition #8 in California that opposed same-sex marriage).

If you have been following …

He Will Be the Preacher

My mother told me that when I was a baby…the pastor’s wife…leaned over the crib, gave me a kiss, and said in German, “He will be the preacher.”

God often leads us to where He wants us without us ever being aware of it—until we look back. Erwin Lutzer takes us on his life’s journey from a farmhouse on the plains of Saskatchewan, Canada to one of the most influential pulpits in the United States.

While traversing various roads, seemingly innocent choices turn out to be “destiny decisions.” From being led out of Canada to the United States; from one …

I want to address my remarks to the church of Jesus Christ, to those of us who are followers of Christ. We stand here today united in our opposition to abortion, but I want for us to focus for a moment on the brokenness that abortion produces in the life of a young mother, and then ask ourselves if we are willing to apply the grace of God to this brokenness. We must not merely protest against the darkness but be a shaft of light to those who are hurting, those who do not know where to turn.

This Friday, November 14, the National Cathedral will host a Muslim prayer service. A Muslim spokesperson for the event said, “We want the world to see the Christian community is partnering with us and is supporting our religious freedom in the same way we are calling for religious freedom for all minorities in Muslim countries.” The director of the Cathedral’s liturgy affirmed that “this needs to be a world in which all are free to believe and practice and in which we avoid bigotry, Islamaphobia, racism, anti-Semitism, and anti-Christianity and to embrace our humanity and to embrace faith.”