This word which is translated “Praise ye the Lord,” occurs, as I have counted, twenty-four times in the Book of Psalms, and four times in the nineteenth chapter of Revelation making twenty-eight times altogether in the Bible. In the Psalms it is the Hallelujah of earth and in Revelation it is the Hallelujah of heaven. It is a word which cannot be translated by one word in any other language, and is, therefore, transferred. It is the same in Greek, Latin, German, French, Italian, Dutch and English. It looks as if all nations were practicing for the Hallelujah chorus … Read More >

Our 29-year old daughter is now a Christian, but when she was 18, she rebelled and left home.

Andrew, I want you to know that you should be under no great obligation or guilt because you’re taking some …

The Doctrine Of Election

Before beginning a discussion on election, we want our intentions to be clear: since this doctrine has created so much controversy and has been frequently misunderstood, we do not want our understanding of it to be a means of division, but rather a means of unifying believers as we grapple with God’s sovereign purposes and plan. Since we are called to unashamedly preach the Word of God, we want to speak frankly about a doctrine that should elicit both humility and worship among believers. May those who differ with us not judge our intentions or our passion for reaching the … Read More >

The oft repeated phrase “once saved, always saved” is often criticized as condoning, or encouraging Christians to be lax and even carnal. After all, the argument goes, if people have the assurance that they will be saved regardless of how they live, there is no incentive to live a godly life; Christians can revel in iniquity with impunity. For this reason, the doctrine of eternal security, “once saved, always saved,” has often been better described as “the perseverance of the saints,” that is, true saints will persevere in holiness. They might have lapses in their spiritual journey to … Read More > 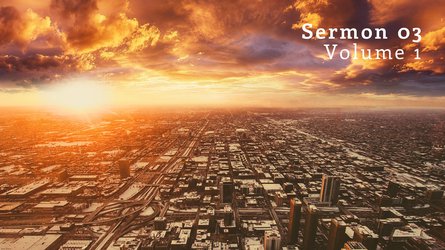 Our salvation starts with the Trinity. The Father chose us. The Son redeemed us. The Spirit sealed us.

Here is spiritual meat that believers need if they wish to grow! A life without doctrine is a tree without roots, a building without a foundation. We must simply choose to “buy the truth and sell it not” as the author of Proverbs admonishes us. The truths in these messages …

Well George, the answer to your question is no. The fact that I’m a reverend does not give me any …

Why does the Bible refer to Jesus as the Son of Man?

Good question on your part there, Kyle. Jesus liked to refer to Himself as the Son of Man.

Arising out of Jesus’ words in Matthew 12:31, the subject of the unpardonable sin has been repeatedly twisted, undermining the confidence of believers. Contextually speaking, Matthew 12 is couched in the common confrontation between Christ and the Jewish leaders (the familiar term is “brood of vipers”). In chapter 12, Jesus had freed a man from the power of a demon. This dramatic event caused a vicious reaction from the Pharisees, who accused Jesus of performing His miracles by the power of Beelzebub (Satan).  Jesus responds to this outlandish affront by condemning their accusations. He who has perfect communion … Read More >

Salvation: Your Choice Or God's? 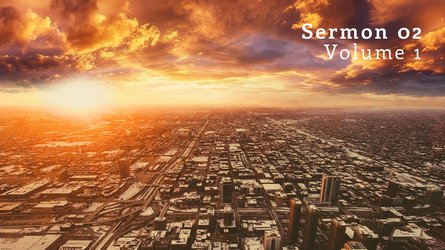 God chose us for Himself, and our salvation is all about Him.