Is God behind natural disasters? Find out more about God’s role in the natural world.

We can’t watch a television special on the 2004 Sumatran Tsunami or 2005’s Hurricane Katrina without asking these questions: “Does God have a role to play in what happens in His world? Is He merely a bystander, or does He actually control the weather? Either way, can we trust a …

“The question of why the tsunami happened is a geological question, not a theological question.” So said a Christian cleric when asked about the terrible disaster that has riveted our attention in recent weeks. Most of the Christians interviewed on television have tried to protect God’s reputation by putting distance between Him and the horrid suffering that we’ve seen so graphically. So, does God have ‘anything to do’ with natural disasters? We all agree that nature is fallen and as a result there are faults in the earth that cause earthquakes, and earthquakes cause tidal waves. So, the argument … Read More >

We can’t watch a television special on the 2004 Sumatran Tsunami or 2005’s Hurricane Katrina without asking these questions: “Does God have a role to play in what … See More >

“God is our refuge and strength, a very present help in trouble. Therefore we will not fear though the earth gives way, though the mountains be moved into the heart of the sea, though its waters roar and foam, though the mountains tremble at its swelling.”—Psalm 46:1-3 “‘Be still, and know that I am God. I will be exalted among the nations, I will be exalted in the earth!’ The Lord of hosts is with us; the God of Jacob is our fortress.”—Psalm 46:10-11    Katrina, Irene, and Sandy—just three of the mighty hurricanes that have hit our shores … Read More >

Understanding The Wrath Of God 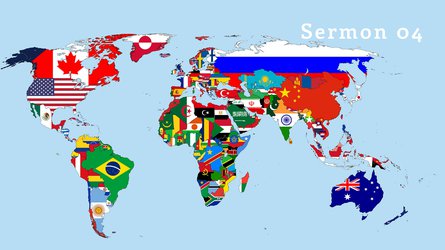 All sin is judged immediately, but sometimes the consequences aren’t instant.

As Bad As It Can Get 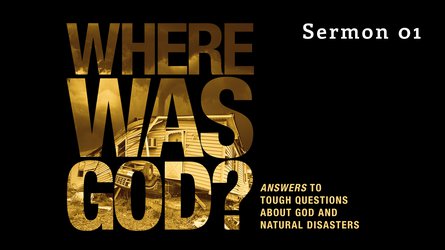 Ultimately, only God knows the whys and the wherefores.

Where was God when a deadly tsunami swept through the Indian Ocean killing nearly 250,000 people? And where was God when hurricanes crashed against the Gulf Coast leaving hundreds … See More >

What Is God Up To?

At times, the world around us seems to be falling apart. Earthquakes, suffering, famine, and global tragedies raise questions in our mind. Is God really in control? Why does He … See More >

An Act Of God?

Our hearts ache when we remember the hundreds of thousands of people left homeless and without hope when Hurricane Katrina crashed against the Gulf Coast. Or the staggering death toll … See More >