The role of the pastor is often complicated by problematic issues that must be handled gracefully, effectively, and sometimes publicly. Well-known pastor and conference speaker Erwin Lutzer offers practical advice … See More >

I Believe In The Church

Although these sermons were originally intended for the congregation of The Moody Church, they have wider application to the whole body of Christ. These messages stress the need for commitment … See More >

Since the time of Christ, women have played pivotal roles in the growth, ministry, and vitality of the church. Incarnated into the Hellenistic culture which marginalized women’s presence and contribution, Jesus consistently included and valued women as capable equals. As the church flourished, many women not only lived out the Christian life, but some, such as Perpetua, even demonstrated their allegiance to Christ through courageous martyrdoms.  Women and men are ontologically equal in the eyes of God. In the salvific work of Christ, gender, economic, and racial divides have been superseded (Galatians 3:26-29). We are equals, as fellow … Read More >

Is It Scriptural To Have Various Church Denominations?

A modern reality of Christianity is the presence of denominations. Around the world, churches bear the names of historical figures and movements which shaped the theology and practice of that particular church. In the past number of years, the tide of Christian opinion has been turning against denominationalism. Non-denominational and independent churches are the norm in many cities. As Christians who are to desire unity (1 Peter 3:8), how should we understand and respond to this situation? First, we need to admit that denominations often create unnecessary divisions between Christians. But all division is not troublesome. Among the early … Read More >

Seven Responsibilities Of A Pastor In Today's Culture 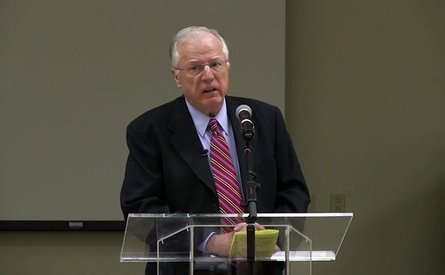 My church is splitting over a struggle of leadership.

I think the pastor is a godly man, but some people …

Nancy, your letter is very heartbreaking. It’s always sad when a church has to go through such a struggle.

The book of Acts shows us the light of the gospel confronting the pagan culture of the day. This is especially clear in the courage and relentless passion of Paul … See More >

What Jesus Thinks Of His Church

The seven church of Revelation to whom Jesus dictated His letters are prototypes of the churches that exist today. These messages are designed to help us evaluate what our letter … See More >

Biblically, the church is described in numerous ways. On one hand, we observe that the local church is a living organism—an expression of the body of Christ. On the other, we know that the church is an organization set up by Christ and regulated by the guidelines commanded throughout the Scriptures. As a divinely commissioned organization, God has ordained leadership to spur on growth, purity, outreach, and holiness. Throughout history, three primary systems of church government have dominated the ideological spectrum of Christian leadership.  Episcopal Government As early as the Apostolic Father Ignatius (the bishop of Antioch until the … Read More >

What Does It Mean To Be A "Legalistic" Christian?

“Legalism” is the wrong use of laws or rules. For example there is a form of legalism that uses rules or commandments as a way of salvation. Such laws in and of themselves might be good and proper, but they cannot save a soul. Thus, Paul warns against the view that salvation can come about by keeping the law, as the Judaizers erroneously taught. Among Christians there is also a kind of legalism that teaches that, although we are saved through faith in Christ, sanctification is a matter of submitting to certain rules or standards. Thus, one’s Christian progress is … Read More >