In this cathedral in Zurich, Switzerland, Huldrych Zwingli preached the Reformation beginning January 1, 1519. He defended his views with an open Bible and ran into stiff opposition with the Catholic majority in the city. In those days, issues that we would consider trivial were hugely important.

For example, in 1522, Zwingli was attending a supper during Lent when two dried sausages were cut up, and each man ate a small piece. That sounds very innocuous to us, but back then, when word of this got out, there was a backlash; meat was not to be eaten during Lent. The offenders were examined by a town council, and the matter sparked fighting in the street. Although Zwingli himself did not eat the meat, he defended those who did and preached a message on why Christians are able to eat all foods. Given the matters swirling around him, Zwingli was forced to defend his views against mounting Catholic opposition. 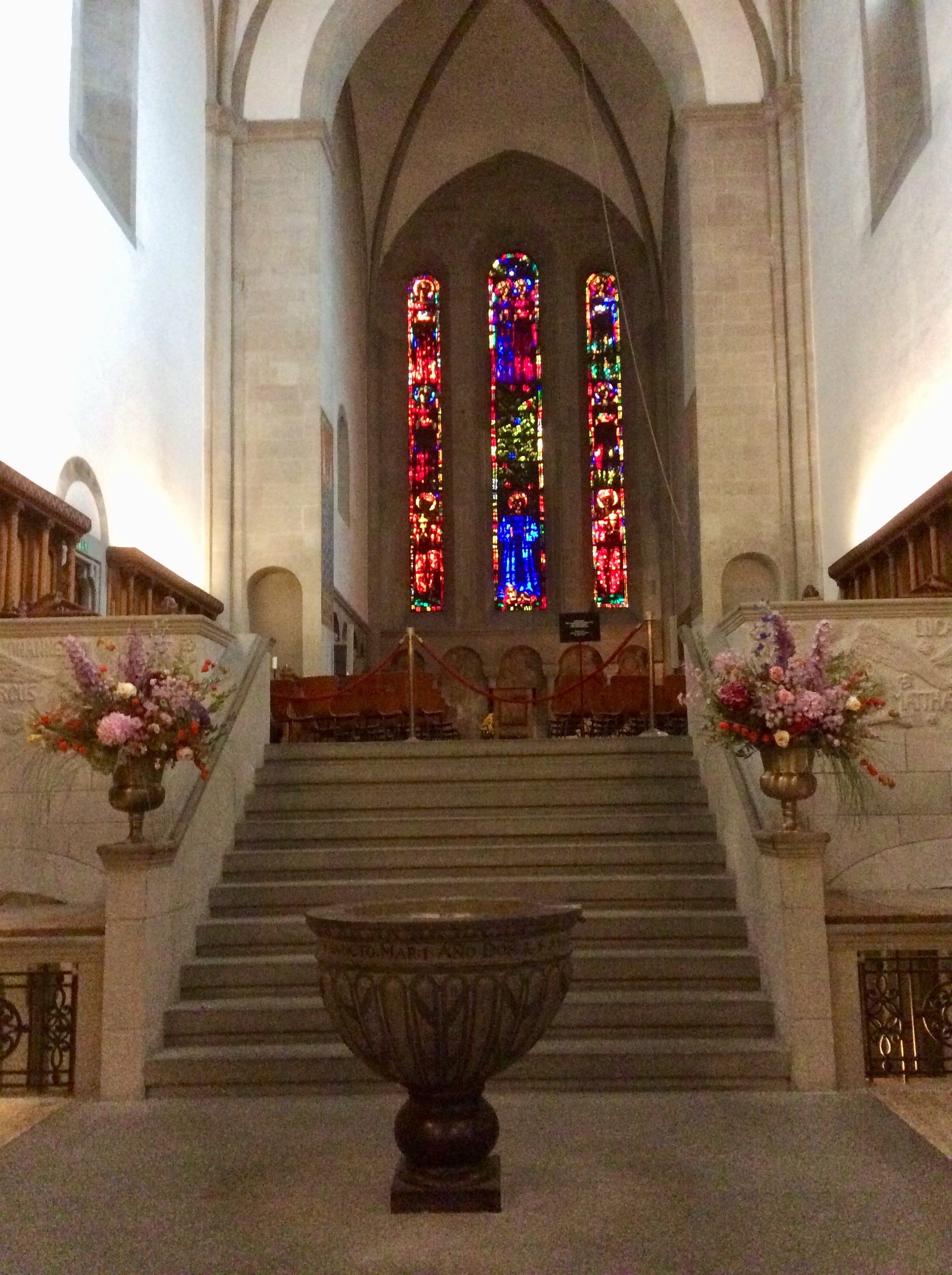 When we visited the cathedral, we observed that it had no altar, no pictures, and of course, no images. Even during Zwingli’s time, the organ was dismantled because the New Testament makes no reference to musical instruments in worship. The point: the Swiss believed that there should be no trappings to distract the faithful as they listened to the preached Word.

But it is never wise to hold up the Reformers as flawless heroes. In my next blog I will explain that Zwingli agreed that those who were re-baptized as adult believers should be forcibly drowned in the Limmat River.

Yes, he stood by and approved as some of his friends were drowned. Stay tuned.