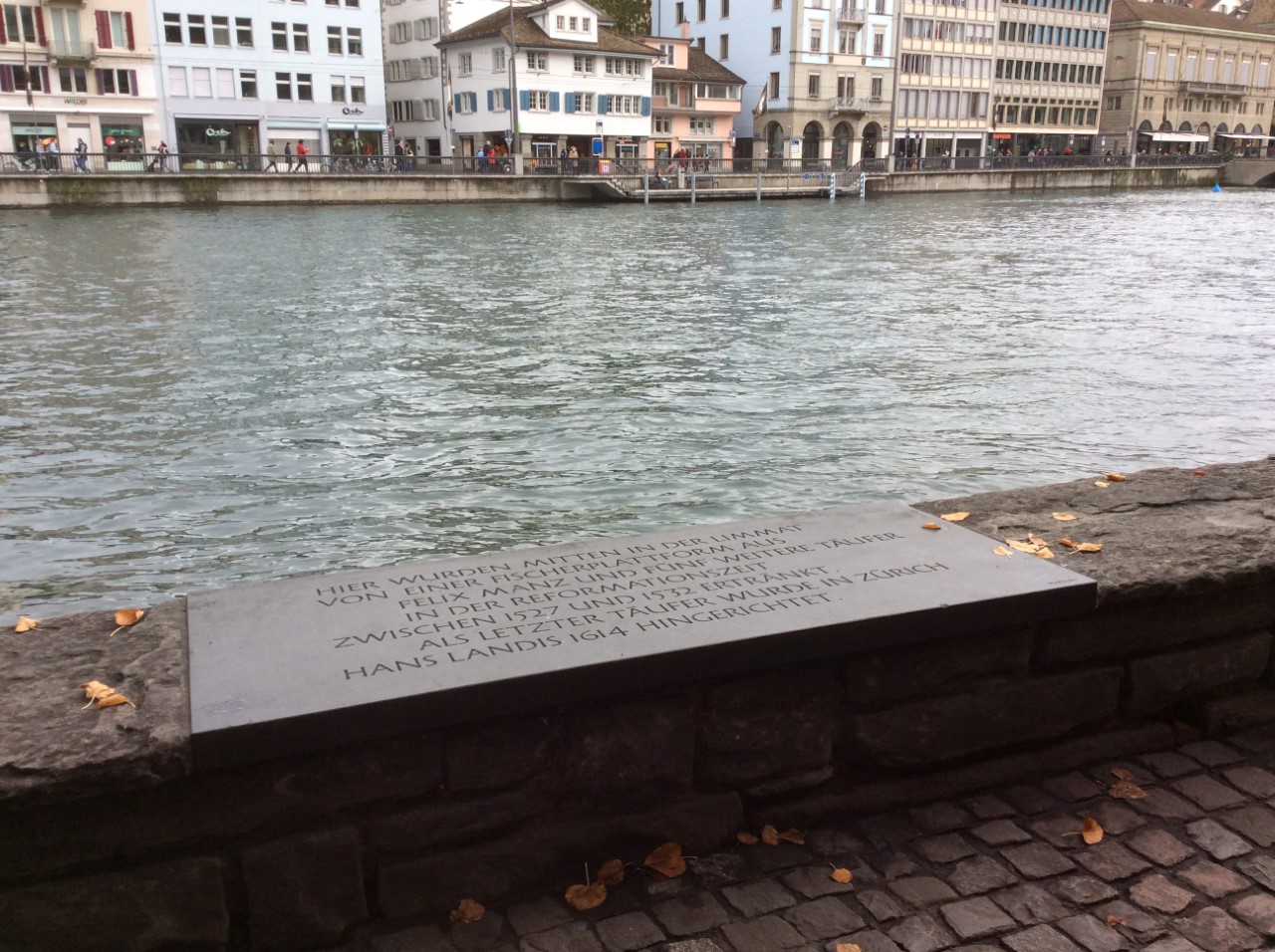 Although baptized as infants, they re-baptized one another as adults upon profession of faith. The Zurich City Council decreed, “Whoever baptizes someone will be apprehended by our lords and drowned without mercy.” Huldrych Zwingli, the great Reformer who had mentored these men, agreed with the City Council’s decision. Apparently, Zwingli even stood on the shore as his friend was being drowned and gave his approval.

This re-baptism movement (called Anabaptism) then spread through Switzerland and Germany, and sometimes whole towns of men, women, and children were massacred to stop the movement. Remember, their only crime was to be re-baptized.

The civil authorities, along with the Reformers, believed that re-baptism would cause a breakup of the uniformity of Christendom. If this were allowed, there would be “a separate church within the regional church,” and this they could not tolerate.

Infant baptism represented citizenship and unity within the Holy Roman Empire. Furthermore, the re-baptizers wanted to be totally separate from the State, and as pacifists, they did not even want to pay taxes.

Thousands were drowned or were asked to dig their own graves. After recording the deaths of 2,173 people, a chronicler wrote:

“No human being was able to take out of their hearts what they had experienced. The fire of God burned within them. They would rather die ten deaths than forsake divine truth. They were thus drawn unto God that they knew nothing, sought nothing, desired nothing, loved nothing, but God alone.”

As Felix Manz was being drowned, the voice of his mother could be heard above the waves, urging her son to be true to the faith. Thus these fervent believers paid for their faith with their lives.

As for Zwingli, he not only had conflict with the Anabaptists, but also believed that one should go to war against the Catholics. I will discuss his understanding of the relationship between the Bible and the sword in my next blog.