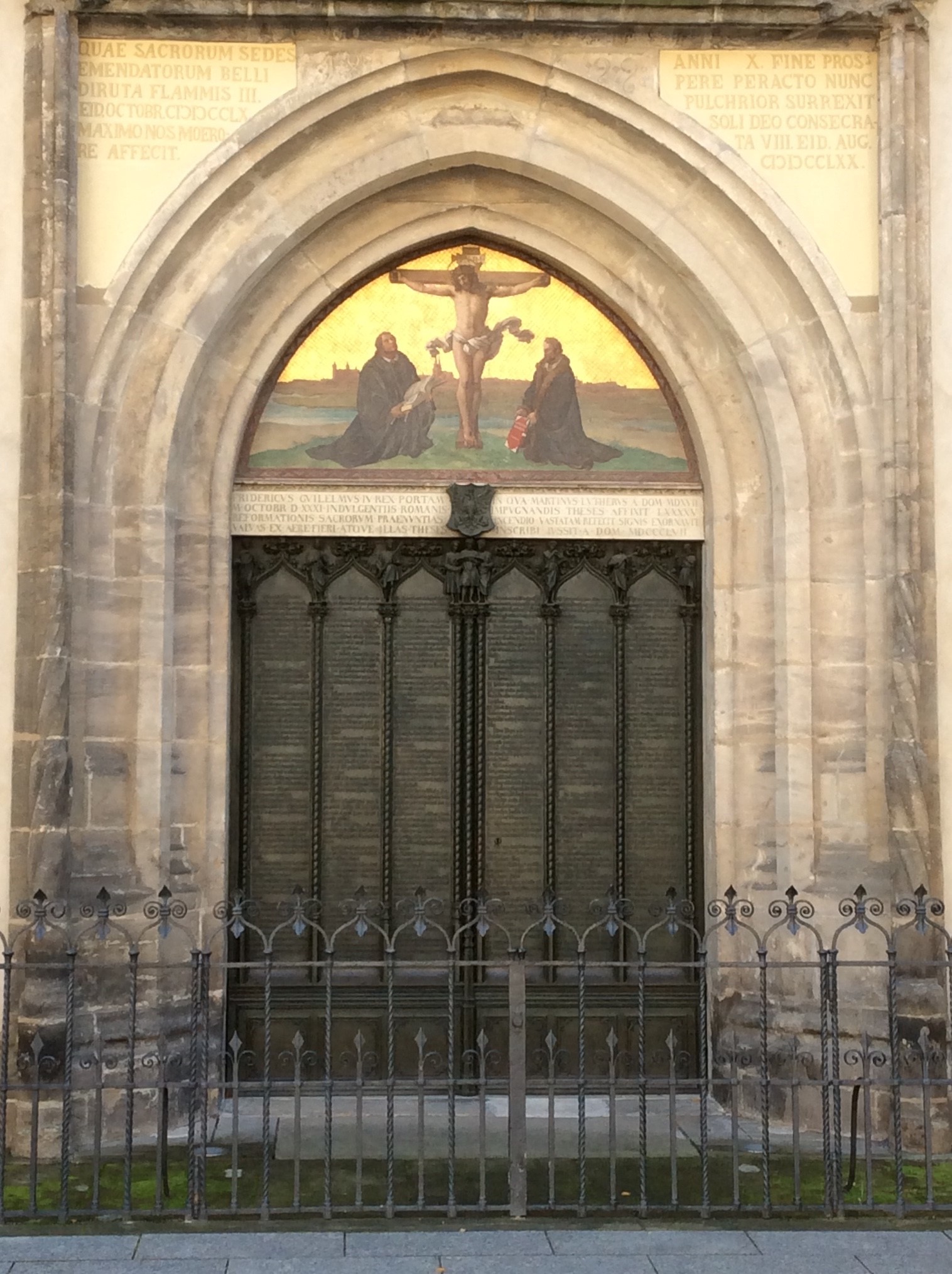 Luther had come to Wittenberg as a professor, deeply troubled, and overcome with guilt and a sense of alienation from God. He had tried everything that the Church prescribed for him to do, but it was never enough. When, through his study of the Scriptures, he learned that salvation is by faith alone in the finished work of Christ, he had found the answer to his quest.

When indulgences were sold with the promise of removing the consequences of temporal sin, Luther became angry and challenged the teaching of the Church.

The 95 Theses were written in Latin. But someone translated them into German, and thanks to Gutenberg‘s printing press, they soon spread throughout Germany.

What started out as a rather innocuous dispute soon grew into a movement that changed the Western world. Not only did this result in Protestantism, but also in freedom of religion, as well as equal rights for women. Men and women were now seen as priests before God, able to come into His presence. Everything believers do in word and deed is acceptable to God through Jesus Christ. Luther said that if a father changed the diapers of a baby, he could do it for the glory of God.

Although I had studied the Reformation before, during my recent visit to Wittenberg I have seen it in a new light and have realized that it did change everything, much of which we take for granted.

Luther was a man with many glaring faults, but he also wrestled with the most important question we could ever ask. Through him, the doctrine of justification by faith alone has spread to millions.

There is a powerful lesson here. We never know how God will use a small act to impact the lives of many people. Our legacy is not just what we do now, but like a stone thrown into a pond, the ripples of our good deeds will go on for eternity.