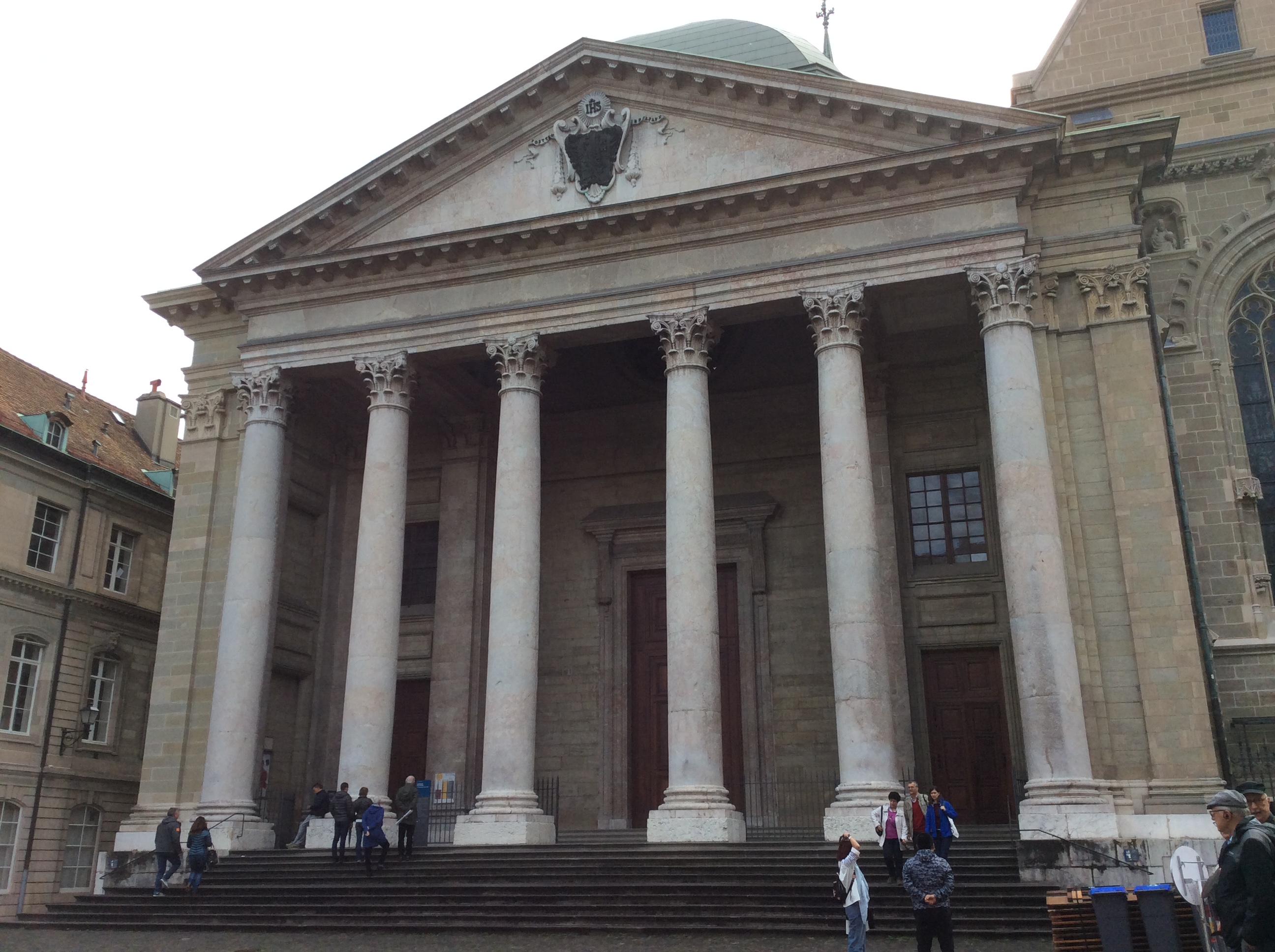 European Reformation: Calvin And A Heretic

Rebecca and I are traveling in Switzerland and Germany, and I am lecturing on the Reformation. Each day in this blog I’ll be answering a question that might be on your mind regarding this event that changed the course of history.

Question: Why did Voltaire believe that there was a special place in hell for John Calvin? The answer is because of Calvin’s role in the burning of the heretic Servetus, who was condemned for denying the Trinity.

Catholic authorities sought his extradition to face charges of heresy in France, but Servetus escaped and came to Geneva and entered the doors of Calvin’s church (shown above), thinking for sure that Calvin would protect him.

But it was not to be.

It is nearly impossible for us to wrap our minds around the unity of church and state in medieval Europe. In matters of heresy, it was not just that the religious authorities were involved, but also the civil authorities. The city council in Geneva demanded that Servetus be executed, and Calvin cooperated in laying out the charges against him.

Calvin spent many hours with Servetus trying to persuade him to change his mind about the the deity of Christ. Servetus was unconvinced. When his execution became inevitable, Calvin tried to persuade the city council to have Servetus beheaded, believing it was much more humane than burning at the stake. But Servetus died in flames.

Several years ago, I found the actual place in Geneva where this terrible event took place.

Unfortunately, during medieval times, the church took the same stance against heretics as found in the Old Testament. Furthermore, it was believed that doctrinal conformity was necessary to preserve the regional church called Christendom.

We have every right to protest against the cruelty and barbarism often shown in medieval Christianity. What we do not have the right to do is single out Calvin as a mean Protestant who had a man executed because of a doctrinal error. Remember the Spanish Inquisition.

Throughout the years, both Catholics and Protestants killed each other as heretics until Europe finally had freedom of religion in 1648.

There is a great lesson here. Freedom of religion is a rare gift. In a future blog, I’ll tell you why Luther is the one who planted the seed of freedom of conscience we enjoy today.

I think Voltaire was wrong. Calvin will not be in hell. His faith was placed in a Savior who saves all kinds of sinners. Voltaire, I fear, was in much greater danger when he died than Calvin. It’s all about Jesus.

Next time, we will talk about Calvin and predestination. Stay tuned.