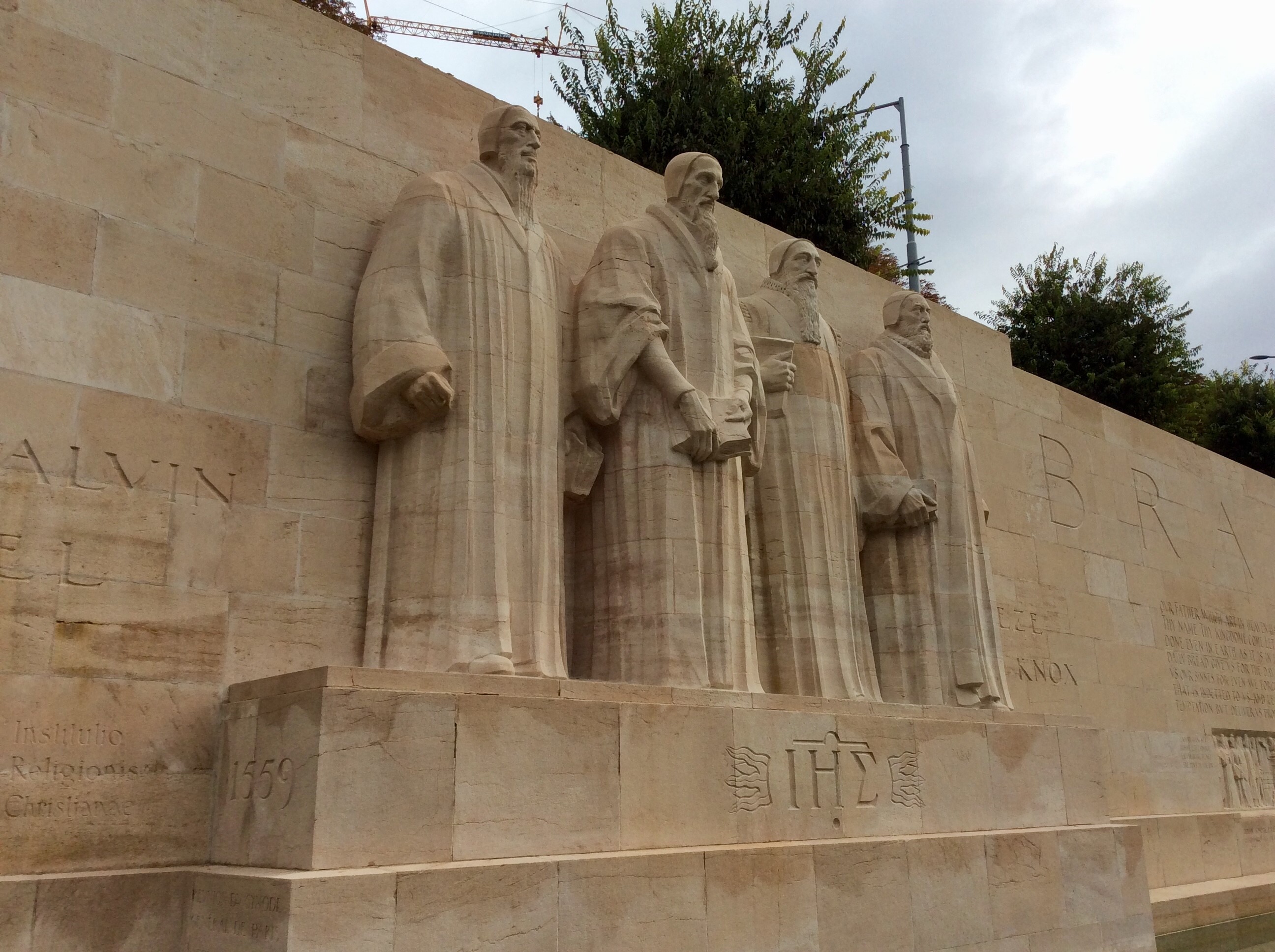 Rebecca and I are in Switzerland, and I am teaching on the Reformation. For the next several days I will be providing commentary, answering some questions that might have come to your mind as you have thought about these 16th-Century events that changed world history.

This picture is of the Reformation Wall in Geneva, which highlights four great reformers. The second from the left is Calvin, and if you could see him up close you would notice that he stands a bit taller than the others—and is set more prominently to the front.

Question: How did Calvin’s influence spread around the world? Primarily through his writing of “The Institutes of the Christian Religion,” which became a theological textbook for much of Europe for more than 200 years. In it, he explained and defended the sovereign greatness of God, and its application to our lives and salvation.

He also spent a great deal of time training pastors and missionaries, who came to Geneva and then went back to their home countries to spread the Gospel with world-wide impact. For example, John Knox studied with Calvin for two years and then went back to Scotland and spread the reformed faith. Whereas Luther only founded the Lutheran Church, Calvin’s influence sparked the French Huguenot movement, the Scottish Presbyterian Church, The Dutch Reformed, and the Puritans, to name a few. Today, millions of people who may disagree with Calvin about some matters still proudly call themselves Calvinists.

Calvin insisted that his grave not have a marker, because he did not want people visiting it (as was common in Catholic circles). When he died, he had no idea that his impact would be felt for centuries to come. Actually, we all have a much greater impact than we realize, and our full legacy will only be known after we die. Or even better, it will be only known in eternity.

In my next report, I will answer the question as to why Voltaire believed that there was a special place in hell for John Calvin. Stay tuned.