Some say that the Jesus who changed history was a just a man around whom many legends developed after his death. They say His disciples invented all sorts of stories to turn a simple teacher into the Messiah. In other words, the Jesus of history was given the role of Christ by His followers. In this message we look at a third major lie being propagated by those who reject the real Jesus. 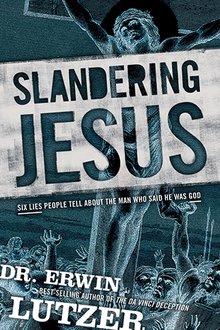 Do you believe in Jesus? If so, which one?

We may be using the same name, but when it comes to talking about Jesus, chances are we’re not describing the same person. Who is the real Jesus? And is there any way to genuinely discover Him amid all of the false portraits that exist?

in this book, Pastor Erwin Lutzer shows the way by exposing six of the most prevalent lies that religious leaders and an emerging culture tell about the Son of God. Was the family tomb of Jesus really discovered? Is it true that Jesus is one way to God among many? Did Jesus give Judas a “secret mission” to betray Him, as the Gnostic Gospels claim?

Join Pastor Lutzer as he reveals the truth behind the lies… and challenges us to investigate the real story of the man who claimed to be God.