We live in a world where ISIS brutally murdered thirteen teenagers…for watching a soccer match on television because they might be exposed to western ideas and ideologies.

The reports of these unspeakable atrocities flood our hearts and minds almost daily…babies beheaded, women and children killed, and young girls and older women raped repeatedly.

In fact, one young woman I saw on the news was begging to be killed, because she and her friends thought they would be better off. She told chilling stories of how they were being repeatedly raped, whipped, and starved in their present surroundings. To us, these are barbaric cruelties, but in the eyes of these radical Islamists, this is necessary to advance the cause of Allah and to eventually install an Islamic caliphate to rule the world.

As ISIS continues to wreak havoc, their deadly tactics and those of other militant extremist terrorist factions keep much of the Middle East in a constant state of chaos, confusion…and terror.

These harrowing scenarios call to mind ancient biblical prophecies, such as the coming of the Antichrist—illuminating events leading up to the Great Tribulation. It is said that worldwide hardships, disasters, famine, war, pain, and suffering will plague Earth before the second coming takes place.

Later in the millennial kingdom, we learn that God’s prediction came to pass, “Also, I saw the souls of those who had been beheaded for the testimony of Jesus and for the word of God and those who had not worshipped the beast or its images and had not received it mark on their foreheads or their hands. They came to life and reigned with Christ for a thousand years” (Revelation 20:4). Although the Antichrist appears to be winning in the tribulation period, in the end, he’s thrown into the lake of fire and the redeemed are rewarded in the blessed kingdom.

The Antichrist, like ISIS, will use sophisticated methods of torture to bring “Terror” upon those who do not accept his rule. We are seeing a preview of such killings before our eyes.

We asked Pastor Lutzer a few questions about what he had written on ISIS and the Great Tribulation.

Q: It does seem incredible that killing with the sword is predicted in the days of the Great Tribulation. Do you think that the Antichrist will be an Islamist?

A: Most Bible scholars say no, because Israel will make a treaty with the Antichrist, and Israel would never trust a Muslim. Furthermore, the Antichrist will be worshipped and Islam forbids the worship of a man. However, other evangelical scholars are rethinking their position and saying that these objections can be overcome. They’re finding remarkable parallels between the rule of Antichrist and an Islamic caliphate.

Q: We know that most Muslims, at least in the West, appear to be moderate and opposed to violence. Are they being faithful to the religion of Islam?

A: If you take the Qur’an literally, you will not be a moderate Islamist. You will be wholly committed to Islam’s expansionist goals. We are thankful for the moderates, but they are largely irrelevant in our ongoing war with Islamic extremists. The radicals set the agenda and, unfortunately, moderate Muslims are often afraid to show personal opposition to the cruel, far-reaching agenda of Islam. They fear the punishment that would await them if they were to be accused of “siding with the enemy” or “falling into apostasy.”

Q: If they could set fear aside, what would you want the moderates to do to help other Muslims take a more moderate point of view?

A: Virtually all Muslim terror groups, ISIS, Boko Haram, al-Qaeda, the Taliban, etc; quote the Qur’an and the Hadith (a second authoritative book for Islam) to justify their brutality and desire for worldwide conquest. We hope that moderate Muslims will stand up and speak out against the violence within Islam. I hope there is a debate in the Muslim world as to whether these violent passages should have preeminence over some of the more moderate passages in these writings. Sadly, the history of Islam indicates that violence is the norm.

Q: Can we win the war on terror?

A: No, we cannot. As an ex-Muslim said to me, “for every terrorist you kill, ten line up to take his place.” As long as Islamic extremists teach that dying in a jihad is the only way to be assured of heaven, there will be no dearth of violent Islamic fighters armed with plenty of passages from the Qur’an and the Hadith to justify their cruelty. What we can do, by the grace of God, is to thwart as many attacks as we can. More importantly, we are called to share the Gospel with Muslims in our community.

Q: So, what should Christians be doing in light of what happened in Paris and the possibility of another terrorist attack here in the US?

A: Fear is not an option. Jesus said, “Do not fear those who kill the body but cannot kill the soul. Rather fear him who can destroy both soul and body in hell” (Matthew 10:28). In another context, Jesus said not to fear for “your redemption is drawing near” (Luke 21:28).

Furthermore, tens of thousands of Muslims around the world are becoming Christians. We should befriend and pray for our Muslim neighbors, not judging them, but remembering that if we had been brought up in their religion, we too might be Muslims. Many of them are now questioning their religion, and God has placed us here as His witnesses. The one common element in the conversion of Muslims is the love of Christians. Showing genuine love is both our calling and our privilege. 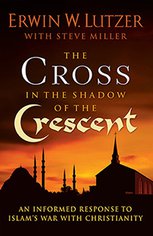 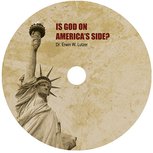 Is God On America's Side? (CD Series) 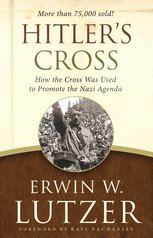