Increasingly, we hear stories of people—especially from Muslims—who have dreams about Jesus which eventually led them to become Christians. We should not doubt such reports, which are numerous, coming from many different countries and told to many different Christian workers and missionaries.

We do not believe that God bypasses either His Word or the good news of the Gospel in the conversion of sinners. However, dreams may lead them to consider and pursue the Good News about Christ. Think of it this way: the star which the wise men from the East saw did not lead them to Bethlehem, but rather to Jerusalem where the scribes correctly noted that Jesus was to be born in Bethlehem. Only then did the star reappear and lead them to Bethlehem (Matthew 2:1-11). The star did not bypass the Word of God but led them to it.

We know of many instances where a Muslim had a dream about Jesus and then a few days or weeks later met a believer who explained the Gospel, or was given a Bible, and through the Word, came to saving faith in Christ. Apparently God uses dreams to prepare the heart for the Good News of the Gospel, especially among those who have been deeply indoctrinated in false religion and warned of even investigating other faiths. 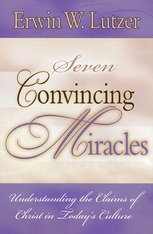