The Moody Church’s theological position regarding visions as well as near-death and out-of-body experiences.

Increasingly, we hear stories of people—especially from Muslims—who have dreams about Jesus which eventually led them to become Christians. We should not doubt such reports, which are numerous, coming from many different countries and told to many different Christian workers and missionaries. We do not believe that God bypasses either His Word or the good news of the Gospel in the conversion of sinners. However, dreams may lead them to consider and pursue the Good News about Christ. Think of it this way: the star which the wise men from the East saw did not lead them to Bethlehem, but … Read More >

Throughout the world, many have described personal visions and near-death experiences, including conversations with Jesus, meetings with deceased loved ones, and even tours of heaven or hell. Such experiences are possible, but subject to deception and wishful delusions.  God did utilize visions in the Old Testament (Genesis 46:2; Numbers 12:6, 24:16; Psalm 89:19; Daniel 7:1-15; Isaiah 6:1-8), and the New Testament is abundant with examples as well (Acts 11:5, 16:9, 18:9; 2 Corinthians 12:1-4). The prophet Joel even speaks of the expanding frequency of visions in relation to the … Read More >

The Keeper Of The Keys 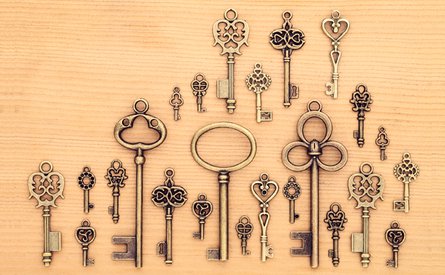 You can ignore the Keeper of the Keys while alive on Earth, but you can’t ignore Him when you die.