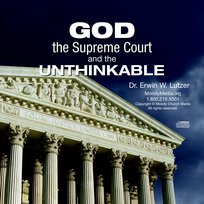 On June 26, 2013, the United States Supreme Court struck down the Defense of Marriage Act (DOMA). Though they did not officially rule on the constitutionality of same-sex marriage, it was assumed in the decisions they made. Thus the doors to legalize same-sex marriage in all states have been flung open, and a series of dominoes are starting to collapse.

In this impassioned message, Pastor Lutzer reminds us that this isn’t about hate. This topic should be grounded in respect, listened to with compassion, and debated with love. Throughout, we hear the implications this decision will have on children, parents, and our freedom of religion. Then stating that “the time of a casual Christian is coming to an end,” Pastor Lutzer lays out seven directives the church must do, for only the Gospel can cure the human heart. 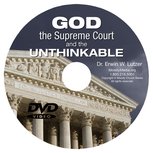 God, The Supreme Court, And The Unthinkable (DVD) 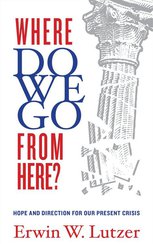