The Bible actually has very little to say about the origin, duration, location, and subsistence of the soul. As this is not an essential issue to the Christian faith, diversity on this theological point is understandable.

Preexistence: Popularized by the controversial church father Origen; this idea states that God, in the beginning, created every soul. He then waits till their designated time and place in order to unite them with their body. This view is entirely based on speculation and claims no scriptural support.

Creationism: Defended by John Calvin; creationism maintains that God creates each individual soul as each person is conceived. This sometimes is argued using Psalm 139, but it is not a clear proof text, though it suggests creationism.

Traducianism: This viewpoint argues that a man’s soul is inherited, transmitted from his predecessors, usually through the male. In order to justify this position, Romans 5 is sometimes understood as being gender specific. Some prefer this because it might assist in the understanding of (A) the transmission of sin from Adam and (B) the sinless nature of Christ as He was born of a virgin.

Finally, we believe that the soul is separated from the body at death, thus it can exist apart from the body. To be absent from the body is to be present with the Lord (2 Corinthians 5:6-8). On the day of resurrection, soul and body will again be reunited to dwell with Christ in glory forever. 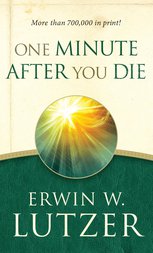