When I mention the word “prayer,” what comes to mind? I heard one person say that he thought of it as a one-way conversation. We have all had the experience of speaking on a telephone, and not being able to hear the person at the other end of the line, even though he was able to hear us. That can be very frustrating, because we begin to doubt whether someone is listening if we cannot hear him respond to our words. Many people think of prayer in the same way; they talk to God but are not sure whether He is listening.

If you have ever attended a prayer meeting, you probably observed that most of the requests made to God are for special needs that we have in our lives. Someone may be ill, so we pray that God will restore him physically. There may be financial needs or perhaps someone whom we love may be living in persistent sin. God desires that we commit these matters to Him, and He has assured us of His concern for our circumstances. But sometimes we may be tempted to think of God as a Being who exists solely to respond to our wishes. We may think of our prayer time as we would going to the supermarket to shop for groceries. Often we are tempted to bring a list of requests to God, thinking that He should do our bidding. When we don’t get what we have asked for, there is a tendency to become disillusioned.

Prayer can only become meaningful if we think of it as two-way fellowship with the living God. We must come, in faith, to be renewed in our spirit. Often we will discover that God is more interested in changing us than He is in changing our circumstances. When we think of prayer as fellowship with the King of the universe, our first priority will not be to receive answers to our prayers, but rather to become acquainted with the Almighty. We often forget that we need God more than we need money, or even our health. Becoming acquainted with Him must become our highest passion.

Of course, I am not saying that God is disinterested in the necessities of our existence. The Bible is filled with passages that speak of His concern for us. Jesus asked, “Are not two sparrows sold for a cent? And yet not one of them will fall to the ground apart from your Father. But the very hairs of your head are all numbered. Therefore, do not fear; you are of more value than many sparrows” (Matthew 10:29–31). Yes, God is vitally interested in the details of our lives, but He wants to teach us that He desires our worship and fellowship, and His interest must be of greater importance than ours.

Why don’t we spend more time in prayer? Our basic need is for discipline.

Many years ago at a convention, Dr. J. Sidlow Baxter shared his testimony about learning to pray. He said: “When I entered the ministry in 1928, I decided to rise at 5:30 every morning, so that after I had washed and dressed, I could spend an hour and a half in prayer and Bible reading. I had everything all planned out; it was wonderful. Now I won’t take the time in telling you all of the subtle subterfuges which Satan used to trip me up and trick me out of keeping my plans. And it won’t be necessary, because you know them all, don’t you? But I found that my times for prayer were getting crowded out and my periods for Bible study were getting scarcer. And that was bad enough, but it was worse when I began to get used to it. I began excusing myself and my prayer life became a case of sinning and repenting. Every time I got down to pray I had to start weeping and ask the Lord’s forgiveness.

“Then it all came to a crisis. At a certain time one morning I looked at my watch, and according to my plan, I was to withdraw for an hour of prayer. [My] watch said, ‘It’s time for prayer, Sid.’ But I looked at my desk and there was a miniature mountain of correspondence and conscience said, ‘You ought to answer those letters.’ Shall it be letters or shall it be prayer? While I was deciding, a velvety voice began to speak to my conscience, ‘Look here, Sid, what’s all this bother? You know very well what you should do. The practical thing is to get those letters answered. You can’t afford time for prayer this morning. Don’t you think the Lord knows how busy you are? You’re converted. You’re born again. You are successful in the ministry. Even if you can’t pray, don’t worry too much about it.’

“That morning I took a good look into Sidlow Baxter and found that there was a part of me that did. The part that didn’t was the emotions, and the part that did was the intellect and the will. Suddenly, I found myself asking, ‘Are you going to let your will be dragged about by your changeful emotions?’ And I said to my will, ‘Will, are you ready for prayer?’ And will said, ‘Here I am, I am ready.’ But the minute I turned my footsteps to go and pray, all of my emotions began to talk. They said, ‘We’re not coming, we’re not coming.’ And I said to will, ‘Will, can you stick it out with me?’ And will said, ‘Yes, if you can.’ So will and I dragged off those wretched emotions by the scruff of the neck, and we went to prayer. If you had asked me afterwards, ‘Did you have a good time?’ Do you think I would have said yes? I did not have a good time. It was a fight all the way. In the middle of the most earnest intercessions, I suddenly found that one of my principal emotions was out on the golf course and a few minutes later I found another had traveled a day and a half and was preaching a sermon I hadn’t even prepared. I certainly couldn’t say that I had a good time; it was exhausting, but we did it.

“This went on for about two-and-a-half weeks, but will and I stuck it out. Then one morning during the third week, I looked at my watch and said, ‘Will, it’s time for prayer. Are you ready?’ And will said, ‘Yes, I am ready.’ And, just as we were going in, I heard one of my chief emotions say to the others, ‘Come on, fellows, there’s no use wearing ourselves out; they’ll go on no matter what we do.’ Suddenly one day while will and I were pressing our case at the throne of Heavenly Glory, one of the chief emotions shouted, ‘Hallelujah!’ And all the other emotions said, ‘Amen.’ For the first time, the whole territory of James Sidlow Baxter was happily coordinated in the exercise of prayer.”

And what about you? Are you disciplined in prayer, or have you let your emotions rather than your will control your life?

Notice that Jesus Christ Himself came before the Father regularly, and prayer occupied much of His time. In Luke 11:1 we read, “And it came about that while He was praying in a certain place, after He had finished, one of His disciples said to Him, ‘Lord, teach us to pray just as John also taught his disciples.’” Notice that Jesus retired to a certain place. He visited that spot regularly, and it became His appointed place for prayer.

Elsewhere in the Book of Luke we read that Jesus arose early in the morning in order to have communion with His Father. It was’t easy for Him, just as it is not convenient for us. But He, as man, was dependent upon the Father, and knew that His strength depended upon a life of constant fellowship with God.

I know of no person who has ever found prayer to be easy; at least, the beginning of a life of prayer is always difficult. One hundred different thoughts crowd our minds the moment we come into the presence of God. but Christ set aside His busy schedule to commune with the Father. Can we do any less?

There will be no convenient time for you to begin a disciplined life of prayer. The time to begin is today, by deciding that with God’s help you will spend 15 minutes, or perhaps even a half hour, in praise to God and in fellowship with the Almighty. Read a psalm or make a list of blessing that God has given to you. But above all, become a man or woman of prayer, for without that fellowship, our lives will be empty and spiritually barren. 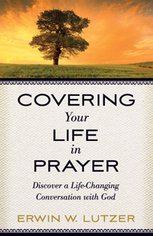 Covering Your Life In Prayer (Book) 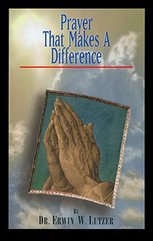 Prayer That Makes A Difference (Booklet) 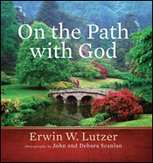 On The Path With God (Book)