The war is raging.

Months ago on television, when I saw the body of a two-year-old boy washed up on a shore, the victim of a capsized boat filled with refugees fleeing the horrors of ISIS, I wanted compassion to win. This precious child represented tens of thousands of refugees who are dying of hunger, lack protection from the weather, and are just plain exhausted. With incredulity and sorrow, we watch the hordes of weary immigrants march across rugged terrain, and pray that they can find a new life. In response to the crisis, several European countries have welcomed these hapless people who seek refuge and freedom from harassment and death.

But we know this crisis is not simply a humanitarian nightmare…it is something more. Back in February of 2015, ISIS proclaimed that they would flood Europe with 500,000 refugees as a “psychological weapon” to create instability and chaos. The eventual goal of Islam is population displacement, allowing them to win Europe to the Muslim religion. The real reason most Muslims emigrate is because of what is called the Hijrah, which means “to emigrate in the cause of Allah; that is, to move to a new land in order to bring the Muslim faith to that region.” This is done in obedience to the Qur’an which says, “Whoever leaves his home as an emigrant to Allah and His messenger, and then death overtakes him, his reward is indeed with Allah” (see 4:100). This is jihad by emigration.

Within the context of the larger Muslim playbook is this scenario: first you emigrate, then procreate, then, when powerful enough, you legislate, and finally dominate. Someone has well said that Europe is “sleepwalking into the arms of the enemy.” Many Europeans make continual excuses for Islam. No matter how many terrorists are Islamic, no matter how many crimes are committed in the name of Allah, somehow the West does not believe that Islam itself has anything to do with it. The fact is, Muslims are killing Christians throughout the Middle East at such a rate that Christianity might actually be extinct in the region in a few years—yet despite this statistic and more, the fault for this violent and vicious intolerance is never the religion that promulgates it.

How shall we regard this humanitarian crisis in light of Islam’s teachings and overall strategy? And if you or I were a leader in Europe, what should our policy be? Is it even possible to balance compassion with the realities of national security?

President Obama has said that the United States will welcome 10,000 more Syrian refugees. I’m sure the vast majority are innocent people caught in the midst of a terrible civil war. Their goal is simply to survive and regain the will to live. Yet our FBI has expressed serious doubts about being able to properly “vet,” in a timely manner, the many people who are even now arriving on our shores.

Our worst fears have come to pass. At least one of the Paris bombers apparently posed as a refugee coming from Syria into France. He participated in the horrific massacre that killed 129 people and wounded at least 300. It was always known that terrorists could be among the thousands of refugees, and now we know that among these asylum-seekers are those who seek to maim, kill, and destroy. ISIS is but one of dozens of terrorist organizations that are growing and gaining followers. We can only guess what this means for the future.

A: Who of us would not want to welcome as many refugees as we can into our country? The United States is a country made up of immigrants. However, in the case of Muslims, their religion forbids them to assimilate into our culture and adopt our values and Constitution. As they gain in numbers and strength, rather than assimilate, many want to dominate. And if we cannot properly vet those who come into our country, who knows how many more terrorists are on the way?

Q: Some people reading this might think you are condemning all Muslims. In fact, aren’t most Muslims tolerant and peace-loving?

A: Yes, thankfully! Only about 30% of Muslims are practicing Muslims; the others are cultural and ethnic Muslims who are westernized in their thinking and values (much like many in the U.S. who call themselves Christians but are so in name only). In short, moderate Muslims are those who want to live in peace and who have no desire for Islam to be dominant. They are by far the majority, and we should befriend them and make them feel welcome among us. Read the testimonies of Muslims who have come to Christ; most will say that it all began when a Christian loved and welcomed them.

Q: There are many reports of these immigrants moving into European cities and towns and expecting the best of care; there are instances where the locals are being asked to vacate their apartments in favor of the newcomers. There are also numerous reports of Muslim men raping western women, etc. Why do many within the Muslim religion have this attitude of entitlement?

A: This goes back to the Qur’an itself. It teaches that the Muslims are “the best of all people;” as a result, many Muslims (though by no means all) have a deeply-held belief in their superiority. This gives them a feeling of entitlement, a sense that the rest of the nations are to serve them. Of course, I’m sure that this attitude does not represent all the refugees, at least not immediately. As for the rapes: in Muslim teaching, “conquered” women are seen as plunder for men to enjoy. Additionally, the assailants often claim that the “immodest” European women are actually to blame for these attacks.

Q: You said that Muslims see themselves as superior and thus have a feeling of entitlement. Don’t Christians also believe that we have a superior religion with a “superior Savior?”

A: Yes, of course we believe that Jesus is superior, but we aren’t superior at all! The difference is this: we do not—or at least should not—feel that our Savior gives us a sense of entitlement; rather, just the opposite is true. Properly understood, the Gospel humbles us and makes us servants of others, as Jesus taught. To have an attitude of superiority is to deny the Gospel. There is a huge difference here.

Q: If you were German Chancellor Angela Merkel, what policy would you put forth regarding the immigrant crisis?

A: That is a tough question. I believe the best I could do in balancing compassion with national security would be to say, “We will accept as many immigrants as we can thoroughly vet and process, and as many as we are able to reasonably accommodate; we have to know who we have among us. Those who do not meet our prescribed criteria will not be allowed into our country.” Large populations of Muslim immigrants must be resettled in Muslim countries.

An open-door policy might compassionately meet some immediate needs, but is likely to create a much more serious crisis in the days ahead. 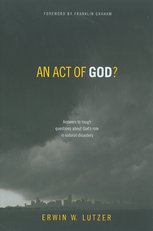 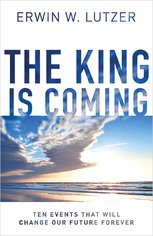 The King Is Coming (Book)