It is by grace you have been saved, through faith—and this not from yourselves, it is the gift of God—not by works, so than no one can boast. —Ephesians 2:8-9

Grace is God’s “unmerited favor” toward us; it comes to us as a gift we do not deserve. Here is something you can count on: The better you believe yourself to be, the less grace you will think you need. The more self-confident you are, the more convinced you will be that you could get by even if God were stingy with grace. All you need is some help from God and a bit of personal determination.

But our need is much more desperate, for grace finds us “dead in… transgressions and sins” (Ephesians 2:1). The fact that God’s grace alone is able to rescue us confirms that it is powerful enough and merciful enough to meet us where we are and bring us into the presence of God. “But because of his great love for us, God, who is rich in mercy, made us alive with Christ even when we were dead in transgressions—it is by grace you have been saved. And God raised us up with Christ and seated us with him in the heavenly realms in Christ Jesus” (verses 4-6).

Grace is given to us apart from anything we can do. Before salvation, we are dead in our sins. Our fallenness permeates our entire being: Our minds are tainted with sin, our souls are stained, and our wills are paralyzed. Good people or not, we are in deep trouble.

Grace is a gift that sets aside all human merit. It does not simply give us a hand; it gives us a resurrection. Grace means that God takes the first step toward us. Then our small step of faith is simply a response to what God has already done. Grace means that God speaks a word, gives us spiritual life, and fits us to stand before Him. He descends the ladder we were trying to climb, scoops us up, and takes us all the way into His presence! Grace is all one-sided.

If God’s rescue program had included our efforts, grace would be diminished, and salvation would not be wholly the work of God. “And if by grace, then it cannot be based on works; if it were, grace would no longer be grace” (Romans 11:6). Some things can exist together, but the grace that brings salvation and human works cannot. Our self-effort will be put on a shelf labeled, “Unsuitable For Use.” God acts alone because He does not need our cooperation. He invites us only to believe.

If you think that people are flocking to accept God’s grace, it’s not so. Intuitively, we think we have to have some part in our salvation, do some good work, or perform some deed that will make us worthy of God’s grace. We compare ourselves with others and end up thinking we do not need God’s grace because we are so good, or we reject God’s grace because we believe ourselves to be too bad. Some people think to themselves, If you knew what was in my past…you’d know that I’ve sinned too badly to accept God’s grace. They are convinced that God is so mad at them that no matter how much grace God extended, He would never accept them. They do not understand that their despair is intended to drive them to God rather than away from Him.

Jesus told a story about two men who went into the temple to pray. The religious Pharisee prayed, “God, I thank you that I am not like other people—robbers, evildoers, adulterers—or even like this tax collector. I fast twice a week and give a tenth of all I get” (Luke 18:11-12).

If we think he was bragging, let’s remember that he believed in a certain kind of grace. He thanked God that he was not like other men; he knew that his good works were done because of God’s goodness toward him. I can just hear him saying, “But for the grace of God, there go I!” If he was better than others, God deserved the credit.

In contrast, the tax-gatherer who was nearby was so overwhelmed by his sin that he would not even lift his face to heaven. Instead, he beat his breast and said, “God, have mercy on me, a sinner” (verse 13).

Yes, both men believed in God’s grace. The self-righteous Pharisee thought that God’s grace was only needed to do good deeds. God’s grace, he thought, helps us do better.

The tax-gatherer saw God’s grace differently. He knew that if he was to be saved, it would take a miracle that only God could do. He didn’t just need help; he needed the gift of forgiveness, the gift of reconciliation. Only if grace were amazing could he be saved.

The Pharisee said, “God, if You help me, I’ll do better and save myself!”

The tax-gatherer said, “God, You save me, or I’ll damn myself!”

No wonder that John Newton, who was a great sinner, knew he needed special grace if he was to be forgiven. For him and for us, grace is truly amazing. Neither life on Earth nor our stay in heaven will exhaust our wonder over God’s grace.

Amazing grace,
How sweet the sound
That saved a wretch like me!
I once was lost, but now am found,
Was blind, but now I see.

Yes, grace is all one-sided. We bring nothing to God, except our sins. Grace is God’s gift that gives us salvation. 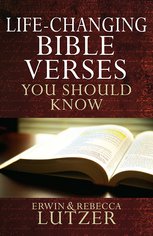