When the demonstrations began in Tahir Square (Egypt) on January 25, 2011, it sparked a rise of the common people throughout the Middle East against the dictators of their own countries.

The Cross in the Shadow of the Crescent My most important book, The Cross in the Shadow of the Crescent—an informed response to Islam’s war with Christianity, was released by Harvest Publishers early in this new year. I began writing this book several years ago after Rebecca and I toured Turkey, visiting the cities where the seven churches of Revelation were located. Of course, those churches disappeared in the early centuries, but Turkey (biblical Asia Minor) maintained a distinct Christian presence until Islam came and conquered the city of Constantinople (Istanbul) in 1453. Churches were destroyed or transformed into mosques … Read More >

An “Arab Spring” Or An “Islamic Winter?”

An “Arab Spring” or an “Islamic Winter?” The assassination of Muammar Gaddafi marked another victory for the “Arab Spring”—the revolutionary wave of demonstrations, protests, and fighting that has shaken the Arab world, including Egypt, Libya, Tanzania, and at least a half dozen other Arab nations. Dictators in other such countries must be “shaking in their boots,” as the saying goes. No wonder several leaders in the region agreed to step down, heading off uprisings in their own countries. These protests are extraordinary in that they involve people who have, for the most part, suffered silently under cruel dictators … Read More >

Why The Middle East Must Await The Return Of Jesus Christ 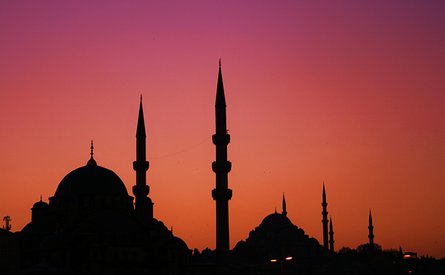 Christ will war for the people of God and establish a new era for Jerusalem.